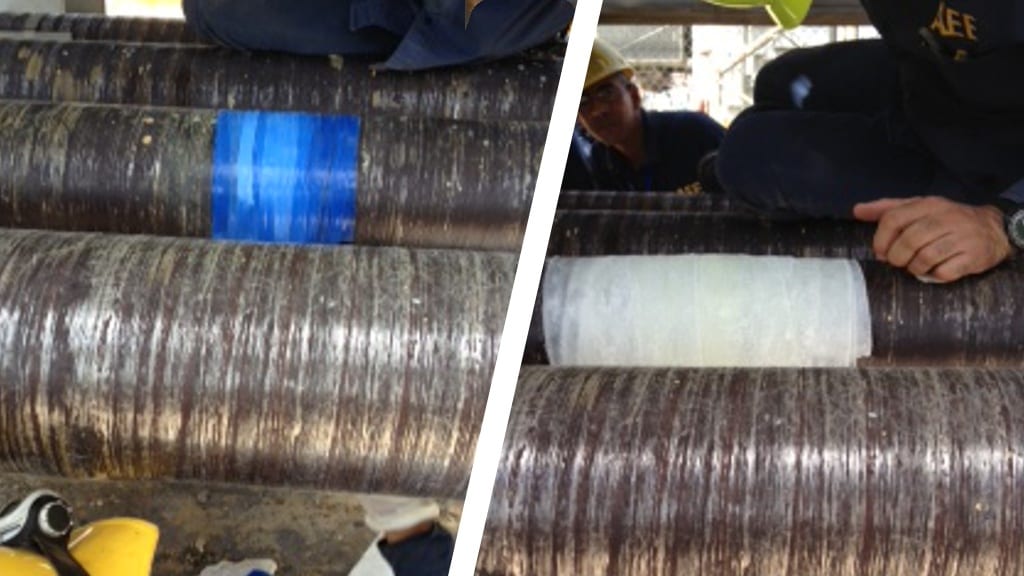 When a contaminated water pipe in a Puerto Rican Power Plant began leaking in 2015, the Power Authority had two choices – find a way to carry out a repair without needing to take the pipe out of service or shutdown the generator it was connected to.

Thanks to Sylmasta, a live leak repair was possible. Which was just as well as within 18 months, Puerto Rico would need all the power capability it could muster after the most devastating natural disaster in the island’s recorded history.

The pipe in question was responsible for running contaminated water back to a treatment plant. At some point, a small crack had appeared in the bottom of the pipe which was now leaking water.

Nobody was quite sure how the damage had occurred, but equipment which had been stored under the pipe had recently been moved and may have inadvertently impacted on the pipework.

To carry out a repair with the pressure turned off or to completely remove and replace the damaged part, the generator that the pipe was connected to would have needed to be shutdown. This exercise would have been expensive and reduced the Plant’s capacity for generating power.

There was also a danger that once taken out of service, the repair could have taken a significant amount of time owing to how long it would take for new parts to be both delivered and fitted – or it may not have been completed at all.

Instead, the Power Authority turned to Sylmasta to supply a contaminated water pipe repair solution. Firstly, Wrap & Seal Pipe Burst Tape was applied to the pipe to seal the leak. Wrap & Seal stretches by 300% and is twice the thickness of any other self-fusing pipe repair tape, ensuring that it fixes leaking pipes even when pressure cannot be turned off.

Wrap & Seal was then overwrapped with SylWrap Pipe Repair Bandage, which sets rock-hard to form a protective layer over the Pipe Repair Tape, providing a permanent repair.

The repair was carried out inside of 30 minutes at very little cost to the Power Authority. The true value of fixing the leaking contaminated water pipe though only became apparent in 2017 when Hurricane Maria hit Puerto Rico, Dominica and the U.S. Virgin Islands.

Hurricane Maria was the deadliest Atlantic Hurricane for nine years, a category five storm which ripped across the Caribbean. Central to the relief efforts both during and after Maria was keeping power going in Puerto Rico, something which the Sylmasta repair helped to do.

Six months after Hurricane Maria, the contractor who had carried out the repair got in contact. He said that without the Sylmasta repair, then the Power Plant would have had one less working generator at a time when Puerto Rico needed all the power available to it.

As a result, the Power Authority were extremely glad that such a quick and easy repair had been available to them.

Both of these products are available in the SylWrap Universal Pipe Repair Kit and the SylWrap Pipe Repair Contractor Case which contains enough equipment to carry out multiple fixes.